Faster than the shadow 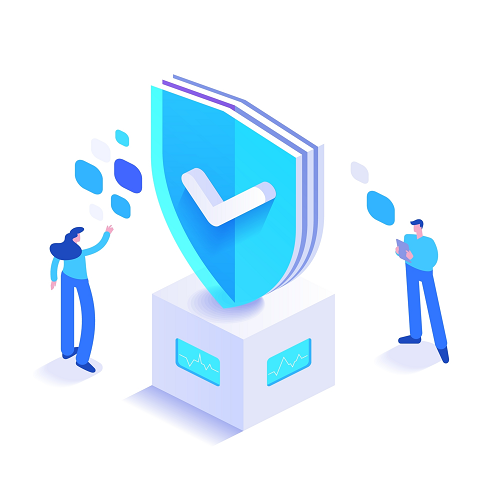 Faster than the shadow

ICT is evolving rapidly, but its threats are sometimes even faster. Staying ahead of this so-called malicious software is crucial for the health of today's IT systems. The virus scanner of yesteryear must now be faster than its shadow: more agile, more complex, more specialized. That is precisely why CTOs or system administrators are increasingly opting for so-called managed antivirus software. What is it? What does it do? An introduction.

Antivirus software itself needs no introduction. Creeper, the first known computer virus, is more than 50 years old and the list of malware is growing. It is these intentional harassers of your computer system that security software tries to identify, arrest and remove.

Traditionally, 2 techniques have been central to this: scanning and identification. The first technique actively searches for known viruses on the basis of a black list. The second technique looks for suspicious behavior by potentially infected software. Historically, the emphasis has been on the virus scanner, while virus identification has become increasingly important. In addition, the virus scanner also extended to be able to perform spyware, ransomware and other malware scans. Forerunners in this evolution were well-known names such as McAfee and Norton.

The above evolution is one of growing proactiveness. Today, the industry has evolved to such an extent that only proactive methods can protect companies. New viruses and threats are constantly emerging. They don't wait for the annual or monthly update.

Enter: managed antivirus software. IT professionals can outsource their integral security to professional specialists, each with their own software package and corresponding approach.

How does it work?

Patch management remains central to this. It is estimated that 80% of all malware can still be tackled with patch management. The proactive evolution here shows itself mainly in the increasing importance of prioritizing and distributing the code changes that are intended to solve a specific security problem (patches).

For this, your provider plugs your infrastructure into a monitoring system, as it were. If one of the endpoints is not functioning properly, it will be seen immediately. Often used detection techniques are behavioral recognition (active protection), scans based on virus signatures and sandbox applications that search for new, unrecognizable viruses (heuristic checks). The keyword is real-time monitoring, 24/7.

Yet as a system administrator you also get the chance to manage and individualize your antivirus infrastructure. For example, you can block unwanted software, filter content or configure firewalls. Moreover, real-time monitoring also goes hand in hand with real-time notification. This way you always stay informed of the latest news and you always get the last word.

What is it worth?

In this way, the benefits of managed antivirus systems are actually countless. Licenses can no longer expire. Protections can no longer become obsolete. Systems are never again overloaded by their protectors and emergencies are dealt with immediately. In addition, such managed security is easily scalable. For example, you can make separate agreements per server or even per device.

The period of such an order can also differ, while additional purchase costs are usually not forthcoming at any time. Usually you pay a monthly amount, which is also on the low side. An annual subscription can be automatically renewed. This way you never run the risk of falling without protection.

Want to know more about managed antivirus, and much more?

You can also call us. Press the button call us!