From VDI to DaaS 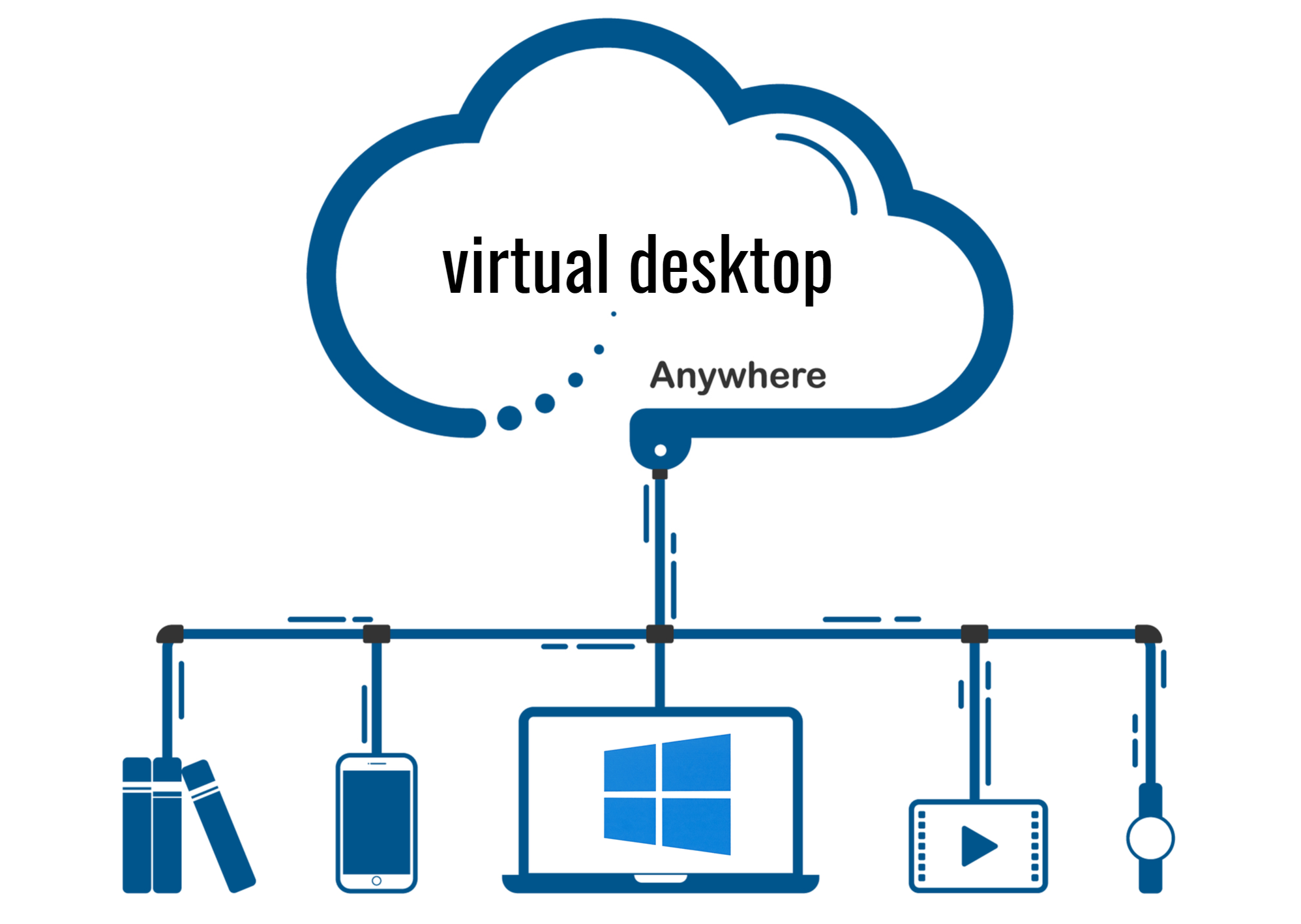 From VDI to DaaS

Possibilities and benefits of desktop virtualization

The clash between privacy and security is the eternal paradox of ICT. As an ICT professional, CTO or infrastructure manager, you struggle with it every day. After all, your employees or end users are only satisfied with the best of these 2 worlds: they want maximum freedom and maximum security. In addition, strict regulations or sensitive company information can exacerbate the dispute.

Fortunately, there are now many ways to overcome the paradox. Their key is the virtualization of the desktop. Below we briefly explain how this works and introduce the popular Citrix virtual desktops as examples.

What is desktop virtualization?

As the name implies, desktop virtualization creates a virtual desktop. In this way, the user can move his personal workplace, as it were, and it remains accessible everywhere and at all times. The basic operation that achieves this is relatively simple: one separates the desktop from the device on which it is used.

This separation can be done in 2 ways, local (local) or remote (remote). Local systems control everything with hardware that is present on site. Remote systems use a server for this. This is often appropriate for companies because local systems quickly run into limits once Virtual Machines (VMs) and/or so-called (mobile) thin clients (eg smartphones) come into play. Client-server systems can then better centralize the management of the various workplaces. In addition, multiple users can use the same infrastructure, making hardware investments more profitable.

What can desktop virtualization do?

VDI stands or falls with the management of the virtualization. Many factors play a role in this. An important concern, for example, is the continued correspondence of IP addresses between user and data center. Poor management exposes the system to security risks and can lead to a loss of user autonomy and privacy. In addition, peripherals, complex processes or drivers can quickly become confused.

However, given good management, VDI offers many advantages. For example, it makes it possible to centralize the security of company data and IT infrastructure, so that administrators can control data access and users quickly and precisely. Physical access to a specific device is not required, so that data loss and theft can also be absorbed. Meanwhile, all barriers to working from home and other forms of remote work are being removed. In addition, the data center takes over the heavier computer work, saving on company hardware. After all, end users can work just as well on cheaper (less heavy) devices.

A well-known virtual desktop is XenApp from Citrix. Meanwhile, this is the central part of the Citrix Virtual Apps and Desktops. This VDI uses the Citrix HDX protocol and was created as the central manager of Microsoft Windows applications. This allowed users to use Windows anytime, anywhere, including on clients with other operating systems.

XenApp consists of 3 parts: the operating system, the software and the receiver. The system allows multiple users to access the server independently; while the receiver, a software client, allows actual access to the app on various devices.

This is how XenApp puts the benefits of VDI into practice in a reliable way. Through data centralization, it improves security and avoids data leaks through loss or theft. Meanwhile, users enjoy maximum support wherever they are and whenever they are allowed to log in. Plus, operating system or hardware upgrades are no longer a hassle. After all, users can access XenApp from any system or device, without the system administrator having to reconfigure all apps.

In addition to their Virtual Apps and Desktops, Citrix also offers a remote system under the name Desktop as a Service (DaaS). In its simplest form, this system allows integral management of the infrastructure to be outsourced, with Citrix acting as an external service provider. Usually, however, hybrid forms of Virtual Apps and Desktops and DaaS are chosen, because of the flexibility and versatility that one obtains in this way. Particularly in heavily regulated sectors, such as finance or healthcare, such a hybrid system offers the most powerful solutions.

Want to know more about VDI, and much more?

You can also call us. Press the button call us!